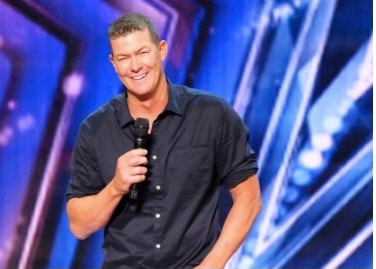 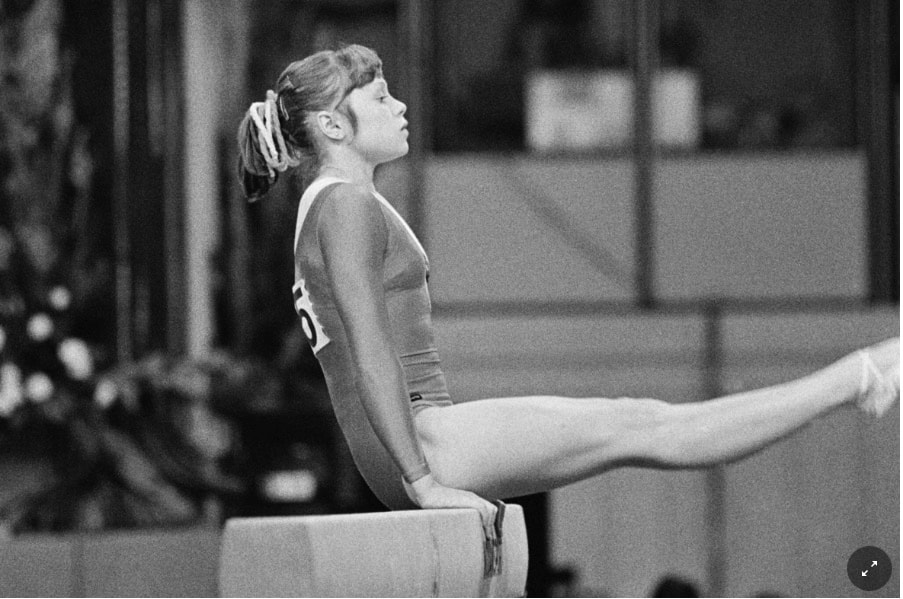 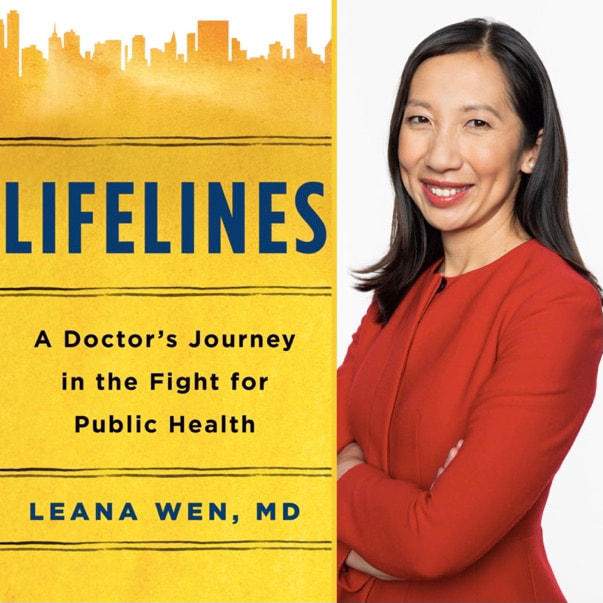 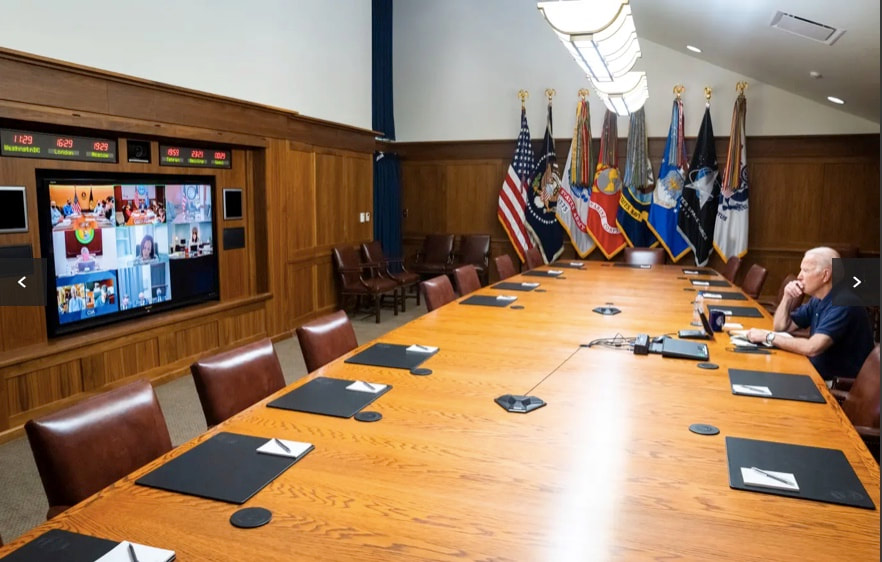 Photos, left to right: Matt Mauser, Elena Mukhina, Leana Wen, Joe Biden (credits below)
I could hear a pin drop in the Pasadena Civic Auditorium after Matt Mauser sang Phil Collins's "Against All Odds" ("Take a Look at Me Now") in his audition for America's Got Talent. The producers conveyed his performance in a way that seemed to travel like a laser from Matt into me. It was raw and authentic and compelling and intimate. As he introduced himself to the judges, he revealed that his wife had died in the helicopter crash that killed Kobe Bryant. (Bryant, along with Matt's wife, Christina, and seven other people were killed.) Matt and Christina Mauser's three children stood in the wings as their father breathed poetry: "Take a look at me now/there's just an empty space/and there's nothing left here to remind me/just the memory of your face ... your coming back to me is against the odds/and that's what I've got to face."  (Broadcast on NBC, July 6, 2021; Episode 1606.) I heard and saw and felt it.
"I sometimes fail to accept my own limits, and I hurt myself."  I'm getting used to saying these words; they are my own, and I'm not sure I've said them out loud and as consciously as they've come to me this summer. I thought I could compete with someone (in my head, but using my body), and I injured my back in the process. As I return to the gym, I'm channeling my inner Simone Biles. I'm trying to figure out how to be part of a team, how to "belong," and at the same time, to do what I need to do to take care of myself. In women's gymnastics, Elena Mukhina preceded Simone Biles: "The history of women's gymanstics is strewn with the bodies of athletes like Mukhina, who sustained life-altering or life-ending injuries after being pressured to attempt skills they knew they couldn't do safely or to compete when they didn't feel up to it. On Tuesday, withdrawing from the Olympic team final after losing her bearings in the middle of a vault and barely landing on her feet, Simone Biles effectively said she refused to be one more." (Maggie Astor, for The New York Times, July 28, 2021. Updated August 8, 2021. Retrieved from The New York Times.) I'm working on it.
I can relate to the prospect, and the power, of exposure. Early in his interview with Leana Wen to talk about her new book Lifelines, Tom Hall asks, "Can you specifically identify what it is you know about public health and what it is you know about dealing with your patients because ... you know [your own] experiences?" "It was very hard to write about so much of what's in the book," she responds. "I initially started writing Lifelines to tell the positive story of Baltimore and the work that we did, and in a way that was easy ... When I began to write my personal story ... frankly, there were still parts that I felt some shame and fear about sharing. But I also thought, if that's the issue, then it's more important for me to share these stories, there are going to be other people who relate. ... After [my son's] birth, I started drinking heavily ... and I remember going into a psychiatrist's office, and thinking ok, this is very public, if somebody sees me here, can I come up with an explanation of why I'm here ...".  I was transfixed by this portion of the interview (9:30-14:00), and transported by the whole thing (0:00-50:42).
I'm not an expert on political satire, but I'm confident, Stephen Colbert does it exquisitely well. On a day that evoked the collective trauma of 9-11, Stephen Colbert found a way to evoke laughter, even if it hurt. He showed an image of the President in the Situation Room - a room that was empty of other people, save for the ones in rectangular boxes being projected on a screen. There had been chatter throughout the day suggesting the picture had been staged. "If it was staged," Colbert demanded, "would they have put him completely alone at a conference table?!!! ... He looks like the only grandpa in the day room watching Jeopardy." Ouch, that was painful, and hilarious, and somehow had a ring of truth. I wished for President Joe Biden in a coat and tie with a straight spine standing behind a lectern with flags lined-up behind him talking about "transparency" rather than showing it. He looked and felt way too fragile in that joke. Colbert delivers it at 5:13 in his monologue, Withdrawal Symptoms. (Broadcast on CBS, Monday August 16, 2021; S6 E165.) Colbert caught me in my own fragility and deftly carried me with him.
Photo Credits
Matt Mauser photo by Trae Patton/NBC/NBCU Photo Bank via Getty Images, retreived from eonline
Elena Mukhina photo by Corbis/VCG, via Getty Images, retrieved from The New York Times
Leana Wen photo without credit, retrieved from the Pratt Library
Joe Biden photo released by The White House, retrieved from the Independent